I had the pleasure of speaking at WordCamp Europe 2016, in Vienna. This is a transcript of my notes.

When I applied to speak at WordCamp Europe 2016, I thought that what was going on in Italy was pretty special: after talking to people at WordCamps, getting more involved in the Community team and especially after reading the wonderful series about the European Communities written by Emanuel on WordCamp Europe website, I am fairly certain that the story I am about to tell will resonate with many of you. I’ll just use Italy as an example.

In the Belpaese we had WordCamps between 2008 and 2013, then we had a pause of 2 years. At the beginning of 2015 there were only 2 Meetups, Roma and Milano, and they were not meeting very often.

On the other hand, WordPress has been localised since the very beginning by a small group of passionate, dedicated contributors.

Paolo and Steve, our GTEs, Global Translation Editors, have taken care of the translations for as long as I can remember: if it wasn’t for them, I am sure WordPress wouldn’t be as popular in Italy as it is today. And they did so almost by themselves for years: they saw many people coming, translating a few strings here and here and disappearing. 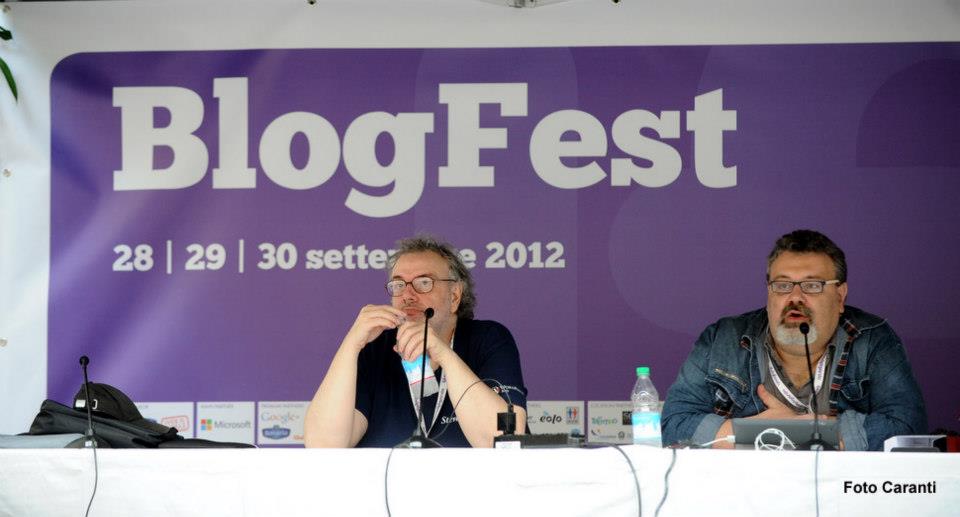 Unfortunately localisation is not enough to build a community.

We had some challenges to overcome.

Italy is a beautiful country and Italians are wonderful people, but on this particular matter, being part of a global community, we faced 2 issues that made it a bit difficult for us to connect.

Firstly, we don’t speak English: we use our hands and we are quite convinced that it is enough for people to grasp the general meaning of what we are saying.

Secondly: we are a huge country, with lots of cultural differences among us. We even speak different dialects, that are very well alive in some regions.

There is also a third issues, that I think it’s pretty common amongst non technical software users, doesn’t matter where they come from. I have been happily making a living off WordPress since 2010, but I didn’t know how Open Source worked. I didn’t know you could contribute even if you are not a developer, But you actually can and should!

How did we go from this wasteland to becoming a blossoming, happy, involved community? We took it one step at a time and went through some important milestones.

In spring 2015, two friends, two WordPress professionals, Franz and Francesco, realised that what was missing was a central hub to connect all the scattered efforts that were being made around Italy. Franz lives in the UK and he saw that the local community opened a Slack instance that worked very well to connect people around the country.

On June 9, 2015, they opened the Slack instance for the Italian Community to allow us to exchange information.

The biggest change of all came during WordCamp Europe 2015, in Seville: during Contributor Day a bunch of people met and in 8 hours went from dreaming, to planning to action! The Rosetta blog, that was silent for 7 years, was revived and in July we started posting again. Every locale has its website with a blog feature: it’s the easiest way to communicate across all WordPress users because you can feed its news to the dashboard of the localised installations. So if you have WordPress in Italian you will receive news in Italian.

We started posting about releases, WordCamps around the world and about existing Meetups. People started noticing that there were news in Italian on their feed: suddenly we had more people showing up at Meetups and more people asking about opening one in their cities.

After a long summer of chatting we were really hungry for an in-person meeting, so we carried on a bizarre plan, almost unheard of: a stand alone Contributor Day. We would meet in Milano for a day to get to know each other and to learn how to Contribute to WordPress.

It took us a couple of months, endless discussions about the most important thing of all, the food, and finally in November, we had our Contributor Day with about 60 people attending!

We invited leads from Italy and Europe and they helped us understand the meaning of giving back and contributing to a global project, because to be fair, at that time, not many of us were active contributors. When I think back to that day, I think the most important thing they did for us is: they showed us, they didn’t just tell us. They sat beside us, pointed things out on our laptop screens, mimicked a “Lean coffee” meeting. 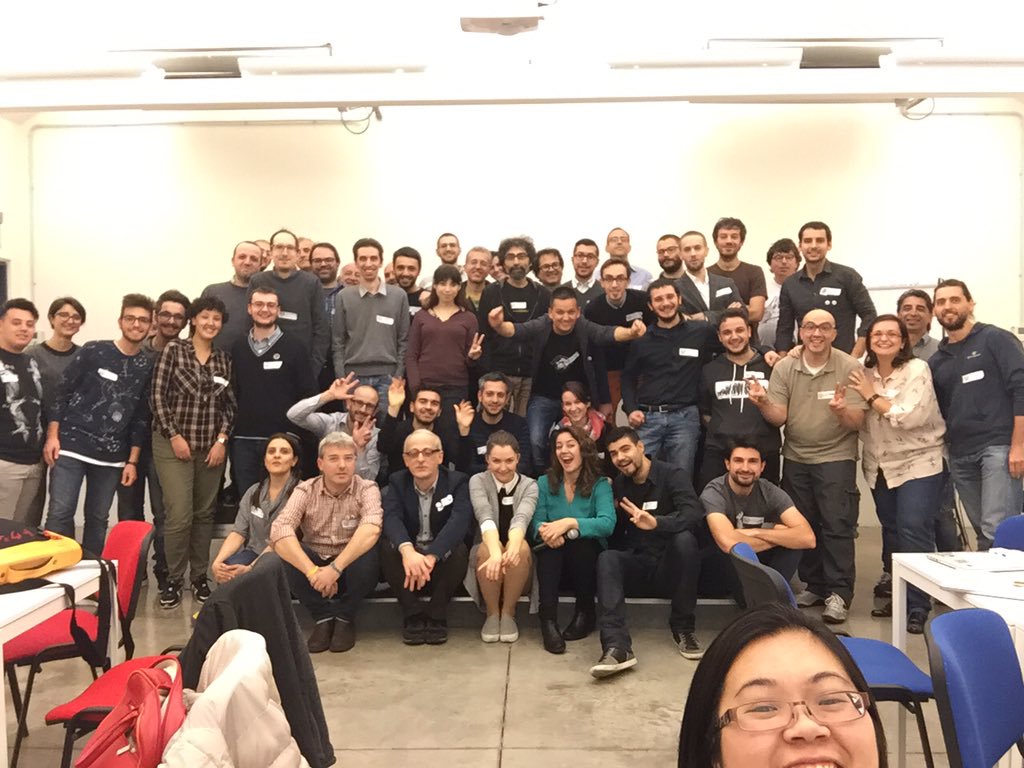 We had 6 teams: Accessibility, Core, Community, Mobile, Polyglots and Support. I’d like to single out 3 of them, cause I really feel that these are the teams that can help any community grow.

We learned some best practices in Milano and we started helping people who were interested in starting Meetups in new cities, through their application and kickoff. We also got a bunch of ideas on how to run meetups and how we could get more people on board and involved.

The motto is “Translate all the things”. Translations help make WordPress more accessible to everyone: translating all the things will make it easier for people to get on board as users and eventually, hopefully, as contributors.

You can really make the difference for somebody who is going around desperately looking for answers. You don’t need to be a skilled developer to do that: if you know one thing and one thing only about WordPress, please make sure to go to the forums and look for somebody that doesn’t know how to do that and help them. We now have a support forum in Italian with a wonderful group of people very invested in moderating and answering.

Finally, during Contributor Day, we sent our application for the first WordCamp since 2013 and in April 2016 we hosted WordCamp Torino.

We had a full house: 300 attendees, 17 volunteers, 24 speakers, 9 organizers. We had talks in Italian and English, and we had an incredible Contributor Day, where 100 people showed up to make WordPress.

Here is a very short and easy to implement list of things you can start doing today to give your community the tender love and care it deserves.

Going to fancy, big events, like WordCamp Europe, is great, but put some extra effort in showing up at your local community events: go to your Meetup; create a Meetup, you just need 3 friends; apply to host a WordCamp, they don’t need to be elaborate affairs, they can be 50 people at a community center, with sandwich prepared at home. The idea is to meet and talk about WordPress for a day. That’s it, it’s pretty easy!

Make it easy for people to join. Give clear instructions, make it less intimidating as possible, encourage people to submit talks, have different kinds of Meetups: not everyone likes the speakers/attendees model. Have an unconference, contributing sprints, Q&As. Have a buddy system in place, help the people in other communities: if you see that a city is struggling land a hand, if you are struggling ask for help.

“We are committed to providing a friendly, safe and welcoming environment for all, regardless of gender, sexual orientation, disability, ethnicity, religion, preferred operating system, programming language, or text editor.”

This is taken from the Code of Conduct for all the WordCamps: even if you are not required to post the whole text in your Meetup page, please take time to read it, understand it and commit to enforce it.

Encourage diversity and inclusion: Meetups are for everyone that is interested in WordPress. I am very proud to say that in many Italian meetups we have a lot of women attending cause we are there, we show up, we don’t just tell.

If you are lucky enough to be involved in helping a community grow, remember always that this is not about you. Doing something for a community means that the results of your efforts will live on when you step back. So do that and let other people shine.

Last, but not least: have fun, make friends, make connections, make it also a social event. You don’t need a sponsor to do so, you just need an attitude for potluck nights. Meet in a bakery, so the food is already there, meet in a community center and have everyone bring a snack from home. I am pretty sure, after getting in contact with so many different communities, that food makes everyone more cheerful, not only Italians 🙂

So this is our story and I hope that hearing it got you excited about contributing and help your community out.

If you have questions, please join us at make.wordpress.org/community and help us make WordPress.

Slides on Slideshare. Video coming soon on WordPress TV, in the meantime you can watch me talk about this topic at WordCamp London 2016.

This site uses Akismet to reduce spam. Learn how your comment data is processed.